image: projectonepercent.org
Reformation of Heavenly World 34 - Drastic Changes of the World & Collapse of the Global Power Structure
In the stories of “Reformation of Heavenly World” leading up to the last post, I explained the presence of some elements that devise plots to cause World War Ⅲ. They aim to bring it about by eventually taking advantage of nuclear terrorism incidents, so they support terrorists of this kind behind the scenes and help them cause troubles on Earth, while pretending to fight against them. In order to bring their scheme down, what are shown in her visions below were brought into action immediately behind the scenes.

7. Upon my entrance in the room, everybody arose from their chairs. Passing on a carpet, I made straight toward my husband. 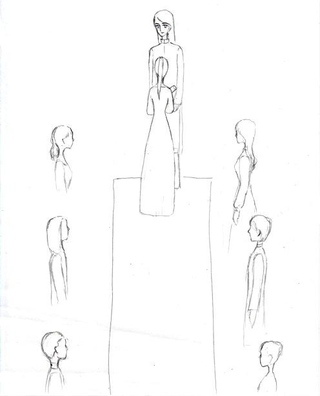 Ameno-mikageno-mikoto unrolled the scroll and read aloud what was written:
”The command has been issued. The time is now. Immediately!”
The deities present saluted, putting their hand on their chest, and went out of the room one after another. Standing beside Ameno-mikageno-mikoto who had seen them off, I asked him, not knowing what this was all about:
― “What’s up?”
― “The Earth will get ravaged for some time. Prepare yourself, and wait till the time is ripe and everything is ready.” With this, he murmured, as if speaking to himself: “But... the schedule is being put forward increasingly. Doesn’t this indicate there is no more time left?”

8. WHEE! WHEE! ― I heard the sound of something going flying along at a furious speed. Turning my consciousness to it, I recognized a legion of angels descending from the upper region. Beside the pictures are scribbled down the names of American cities in a row: NY, Washington DC, LA, SF, Detroit, etc. Other legible letters represent cities across the world, such as Peking! 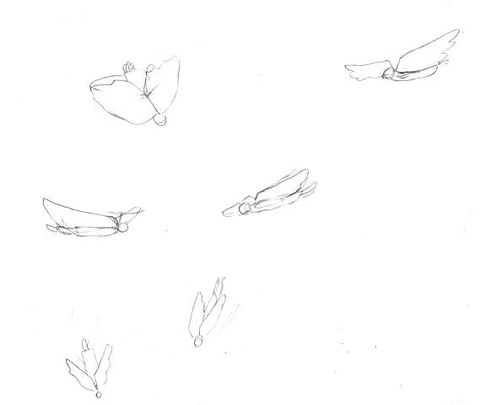 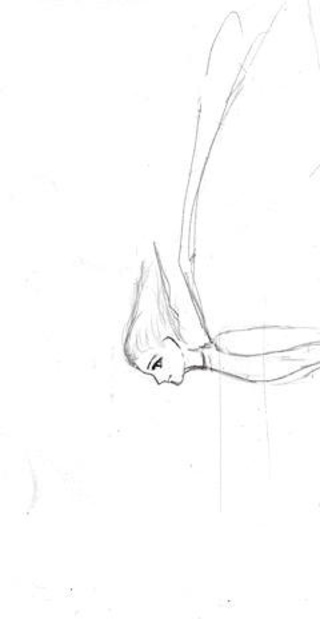 
Indeed, since the mid-September this year, various turmoil has occurred across the globe, including the issue of Senkaku Islands. The Syria conflict has been continued without interruption since 2011. In Afghanistan, the Taliban gained a lot of power, making a comeback, so the US military has been hindered from retiring easily. And in Iraq, repeated terrorism has deteriorated the life of the people even further. Amidst that all, Taiwan set itself to claim sovereignty over the Senkaku Islands while the relation of North Korea with South Korea and U.S. was deteriorated into an explosive situation. Recently, it so happened that the U.S. air raid on Syria was narrowly staved off.
In such a context, there have occurred various events, such as the abdication of Benedict XVI, the abdication of Queen Beatrix (Holland), the coup d’état by the Egyptian military, the abdication of AlbertⅡ(Belgium), a government shutdown in US (closure of part of the government departments) due to failure of budget discussions, etc. While the production of incidents such as these still seems to continue in the future, the US world hegemony has visibly waned at this stage. We can clearly observe how the global power structure will be polarized from now on.

11. In my vision, somebody entered into the body of Queen Elizabeth seated on a chair, from her back. At that moment, she showed a very unpleasant look on her face, as if surprised with her breathing stopped. Next, the same thing occurred with President Obama and President Putin.

Then, I saw Japan’s Prime Minister Noda... but his head was lying on a floor. He was reading documents with his headless body seated on a chair.

The Tokyo governor, Ishihara, was walking, with his head hung down on his back thanks to a piece of thin skin. The Osaka mayor, Hashimoto, had his head intact, yet his body was swollen up to the extent that it was just a transparent balloon with no contents.

“These visions may be baffling, but if you have read my comments contributed to Shanti Phula’s Blog on Current News, you will easily imagine what they mean.”


The first part of her vision shows Hotsuma deities are now infiltrating [‘walking in’] the bodies of influential persons in power across the globe and taking control of them from within. Thanks to this, their wrongdoings and schemes leak out completely so that their conspiracy can be ripped in the bud. And those in power who are susceptible of conversion (comparatively good-natured) can be lead toward a proper policy by bolstering certain images.
The visions of Prime Minister Noda, Governor Ishihara and Mayor Hashimoto are quite queer. However, these are three examples that represent how ether doubles (air puppets) are executed. There are three stages of executions by deities, and these visions symbolically show the three examples of execution from the lightest to the final stage. Further comments on this point will be given when I explain about Theosophy in the video delivery in some future point in time.
The voice of Ameno-mikageno-mikoto resounded:


“The first thing to protect is the nature on the Earth.”
“The water, seas, rivers, lakes, and all lives living there. Don’t destroy this ecosystem.”
“And then, the living creatures on earth (land).”
“Bring down with due attention!”

“From now on, the economy and the power structure are going to go kaput. In a blink of an eye, various incidents will be produced. As you have time and again been urged to prepare yourselves, you can reckon this will begin any moment.”

16. Stars have descended from heaven all together. The moment they reached the earth, they changed themselves into deities.

I: “How many deities are now descending to work on the Earth!”
My husband: “Deities of every System are offering their help. It has been decided that support should be given by all Systems.”

The voice of a goddess reached my ears at that time.

Goddess: “Before that, it is necessary to once destroy the present economic and political systems. Soon they will collapse with noise. And those who have dominated this world, tormenting people, will be wiped out altogether with nowhere to go for refuge.”


As shown in this vision, the world is now undergoing a sea change. I have already shown the progression briefly, yet this change is surprising when we also take into account certain incidents that have occurred in every region on Earth, such as natural disasters, artificial disasters, volcanic eruptions, earthquakes, etc. Furthermore, various incidents of false flag operations staged by America and Israel have been observed up until now. Such a change of the world is still underway. However, what is certain to come about is the great transformation of the economic system. Now behind the scenes, various efforts are being made to transfer from the paper money (not based on reality) to the monetary system based on gold as smoothly as possible. However, even in the best case of transition, a considerable shock is inevitable.
Above all else, the dollar, without the gold to back it up, is expected to collapse completely. It is unconceivable that the holders of large quantities of U.S. government bonds, such as China and Japan, would not be affected by such results. Inevitably, the euro, without the gold to back it up either, will also suffer a major disruption. The point to look at is how properly to transfer to the next currency system in a way that minimizes the confusion. I estimate three months of confusion will be a fortunate case; however, a colossal shock will inevitably run across the globe. For those who operate huge amounts of money and profiteer with them suddenly lose their foothold and the money they have treated finally vanishes in smoke. There is no telling how many people over the world will be driven to commit suicide. So it is certainly recommendable to convert the assets in the form of paper or digit values into real properties to the maximum extent. Gold makes a secure insurance, yet one cannot eat gold in the nick of time. For your security, be sure to stock provisions for three months at least.