image: illuminatielitemaldita
Pope Francis says “Nuclear power plants are the Tower of Babel” – Figure who has faithfully acted in accordance with instructions of the Galactic Federation

According to the first article, Pope Francis has virtually referred to abolishment of nuclear power plants and denuclearization. Given the number of Christians in the world and the influence of the Pope on them, it is likely that this remark will have great significance.
The second article has revealed that Pope Francisco is an Illuminati member. In the comment on the article dated February 4, 2015, I pointed out that Pope Francisco is the top of the Barbarian Illuminati. The last sentence of the article says that “The Illuminati has raised Francis and Obama and chosen them as president and pope” The information from Fulford also mentioned that Obama’s patron is the Vatican.
Pope Francis and Obama belong to the group linked to the “(fake) Galactic Federation.” Here belong Queen Elizabeth and Shadow Emperor. This group is the subordinate organization of the “(fake) Galactic Federation” and it is the organization of Darkness which has induced people to finally initiate Armageddon (World War III).
However, Queen Elizabeth and Pope Francis are among those who have acted faithfully in accordance with the true “Galactic Federation.” For this reason, I think they should be highly recognized for what they have done.

English translation of an excerpt from a Japanese article: The Mainichi Shimbun – March 22, 2015 –

Pope Francis: Nuclear power plants are the “Tower of Babel.” He points out the distortion of modern civilization.

[Rome: Yoshinori Fukushima] On 20 Pope Francis had an interview with a group of Japan Catholic bishops on an official visit to the Vatican. The pope gave a warning against the development of nuclear power development in association with the accident at Fukushima Daiichi nuclear power plant at the time of the Great East Japan Earth quake, as an example of human arrogance and distortion of modern civilization. It is unusual that the pope referred to the safety of nuclear power generation.

According to the group, the pope indicated that “humans should not go against the rule of nature determined by God,” though the Vatican has not released the details of the interview. Comparing nuclear power plants to the “Tower of Babel” in the Old Testament, the pope reportedly said that “Trying to build a tower reaching the heaven will lead humans to self-destruction” and “it is one of the results of destruction of nature caused by humans acting as a hero. Although the pope did not refer to the “abolishment of nuclear power plants” or “denuclearization,” it appears that he expressed his concern about them as problems modern civilization has.

Furthermore, the pope mentioned that this year is the 70th anniversary of A-bombings in Hiroshima and Nagasaki and the end of the war and reportedly criticized the production of nuclear weapons as “evildoing by humanity.” The group of Japan Catholic bishops requested the pope to send out a peace message to Japan.
Pope Francis praised Christians who defended their faith to death under the prosecution of Christians in Japan as “Guideline.” It is likely that Takayama Ukon or Dom Justo, Christian samurai, (1552-1615) will be given a title as “beatus”, ranking next to saint. The pope reportedly said, “If possible, I’d like to attend” the beautification ceremony due to be held in Japan next year. 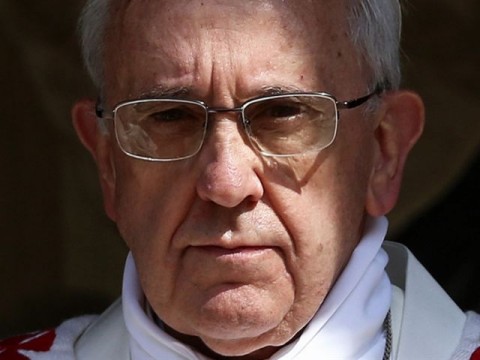 A Roman Catholic Priest from the Archdiocese of Kingston Ontario, in Canada, has now made public, shocking allegations against Pope Francis.  The Priest of the Roman Catholic Faith released a video that documents a litany of evidence.  His evidence proves beyond any reasonable doubt, that Francis has been raised up and is now fully controlled by the illuminati.  The illuminati are a secret organization that has now fully infiltrated the Vatican. 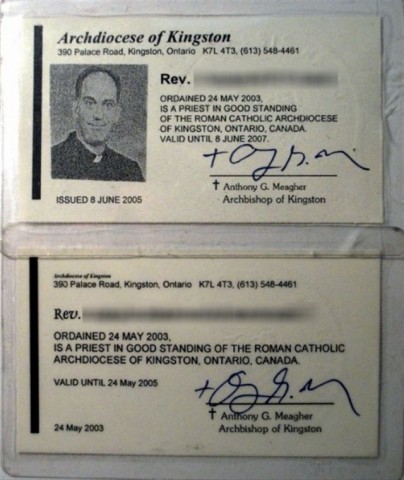 This priest has proof that the illuminati are the ones – not Pope Francis, who are writing his speeches.  And they are the ones who choose the important dates, every time, Francis makes headline news.

The Archbishop of Kingston Ontario, “O’Brien”, can be seen below, in this official photo.  It looks like O’Brien is already heating up a little bit, and is getting ready to blow his pointy little top – like a space ship taking off from Cape Canaveral.  He now has some difficult choices to make.  Will Kingston be the first Archdiocese to break away from Rome, now that this damaging evidence has been made public? 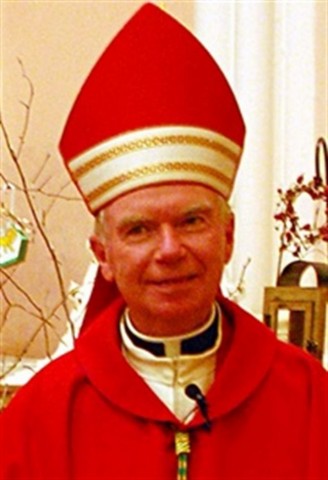 Probably not.  Since the Second Vatican Council, the illuminati – a branch of the freemasons, have been gradually infiltrating the Roman Catholic Hierarchical Institution.  The illuminati’s ongoing occult human sacrifices – sacrifices that take place secretly within the walls of the Roman Institution – especially Vatican City, have provided them with enough satanic power, to win over the allegiance of almost any individual.  Little by little, they have been winning over the allegiances of significant players within the Roman Hierarchy.

And now, finally, revelations of the illuminati controlling even the highest representative of that Roman Institution, have serious implications.  There are serious culpability implications, that should now resonate within each and every member.  What is O’Brien’s role, in tolerating the illuminati agenda within the Archdiocese of Kingston?  Has O’Brien’s neglect, of the illuminati infiltration within that Archdiocese, forced this priest to go public?  Will more hard evidence continue to be revealed?

Proof that Obama and Francis were Prechosen by the illuminati

(This video proves that the illuminati raised Obama and Francis and made them president and pope.)