Untold story behind production of movie ‘Shaun the Sheep’ “The idea of giving him his own film was “almost too easy”, but ….

image: Source
Untold story behind production of movie ‘Shaun the Sheep’ “The idea of giving him his own film was “almost too easy”, but ….

Our family has enjoyed seeing this movie series since our child was a junior high school student. I find this animation interesting in that no words are used. This animation is made in a way that we can understand the story and the meaning just by seeing pictures.
This means that we do not always need to use words to understand something. When seeing this animation, we laugh or enjoy it. In other words, it turns out that words are not always indispensable for sensation or feelings.
All I want to say is that animals such as dogs or cats that can’t speak human language have heart and feelings, above all, sensation.
Some people in this world seem to mistakenly perceive language activity as consciousness. According to the article I picked up in the past, it has finally been accepted in France that animals have sensation. I wonder when humans will accept that animals have feelings and heart.

Untold Story behind production of movie ‘Shaun the Sheep’ “The idea of giving him his own film was “almost too easy”, but ….

Source:
http://www.huffingtonpost.co.uk/2015/02/09/shaun-the-sheep-peter-lord-bristol-aardman-animations_n_6645882.html
Aardman Animations have done it again, with ‘Shaun the Sheep’ garnering universal praise and chuckles for its simple tale of a little sheep getting lost in the big smoke. How DO they do it?
“Precisely, that,” explains Peter Lord, creator of Morph and uber-meister of Aardman in Bristol, where the magic still takes place.
“Before we invent anything, we say to ourselves, ‘Sheep in the city’? Yes, that works. 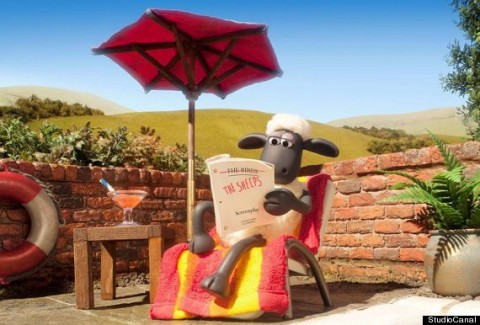 All Shaun wanted was a day off - how difficult could it be?

“We just do what amuses us,” he ponders, when pressed. “We really don’t try to guess, only very occasionally we wonder if it’s understandable, translatable, or just us laughing to ourselves. But Shaun, his story was pretty straightforward.
“It’s about a creature, who could be any one of us, deciding he just wants a day off, and from that tiny decision, everything goes haywire. That, to me, is a pretty universal concept. It’s certainly happened to me a few times,” he adds.
Simple and splendid, it is, as Shaun’s big screen outing finds him waking up on the farm, at the start of a very normal day, which sees him variously stowing away on a bus, breaking out of an animal pound, eating French delicacies in a restaurant, hanging out in a new-wave barber’s salon, and… oh, you’ll just have to see the film to count the numerable scrapes, near-misses and sweet encounters that Shaun and his fellow sheep, plus the tireless Bitzer get themselves into, in their mission to rescue the farmer they have unwittingly put into deepest urban peril. 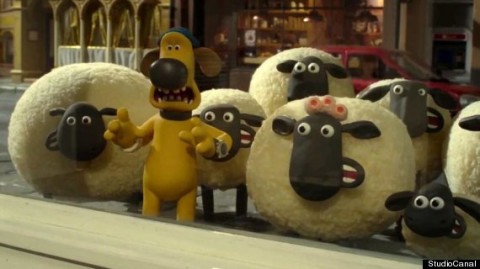 It’s another masterpiece from the Bristol-based studio that is already clunking heavily under the weight of Oscars and other awards for their painstaking but timeless work. Shaun has been hanging around the studio since he first appeared in ‘A Close Shave’, before his agent secured him his own TV series. But for Peter and co, the idea of giving him his own film was “almost too easy”.
“We were very cautious,” he reflects now. “But Golly (that's director and writer Richard Starzak in IMDB, Golly to everyone else) sold it to us. He’s extremely funny, and he understands Shaun very well.”
The decision has obviously paid off, and there are plenty more adventures already planned for Shaun, which will make a busy time for Peter Lord, already busy creating web-based adventures for his original creation, one Morph. So, at risk of stirring up trouble, I ask Peter who his favourite is at at the moment…
“Oh dear, you’ve done it now,” he admits. “Well, this week, because of all the fanfare, I’d have to say Shaun. Yep, just as I feared. Morph’s over there in the corner, and he’s giving me one of his looks. I can’t forget about him. He wouldn’t let me.”
'Shaun the Sheep: The Movie' is in cinemas now (to be released on July 4 in Japan). Watch the trailer below...