Truth of Great White Brotherhood: Past Lives of Christ Maitreya and 12 Masters

Modern Theosophy provides information on the following organization chart of the Hierarchy. The source is “Tonpa No.1 (published by Shuppan –shinsha) in page 29. 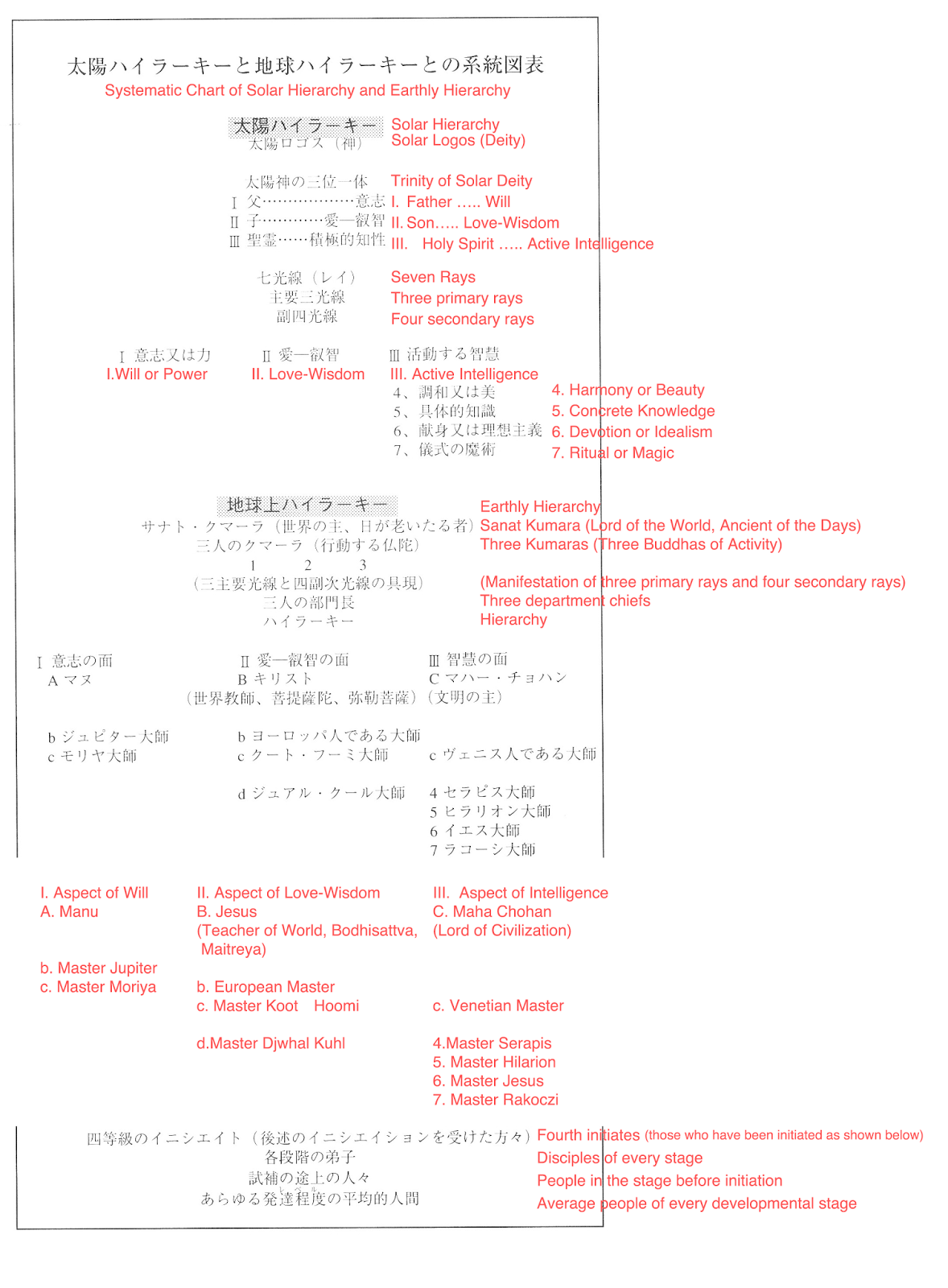 I know all of people that are described in the above list. This time I’d like to explain about Jesus and 12 aides around him in the Hierarchy of Earth (Great White Brotherhood).

Manu, Jesus and Maha Chohan are all post names. The names of other people are individual names. Two of them who don’t want to be identified introduce themselves as European Master and Venetian Master.

Jesus discloses his individual name of Maitreya, while Manu and Maha Chohan don’t. There is a reason for it: disclosure of their identification would cause confusion for followers of theosophy.

I’d like to describe the names in their past incarnation of these Ascended Masters as follows:

The names shown in blue are described in various literature of modern theosophy. The names shown in red have been discovered through my own research. As for Lazarus (St. John), I describe it as above because it is never known that Lazarus of Bethany is the same person as St. John Jesus loved most.
It is known that Noah had three children of Shem, Ham and Japheth. The eldest son Shem was reincarnated as King of Salem Melchizedek, who blessed Abraham in the Old Testament. Maitreya is the reincarnation of Melchizedek.

Manu is the reincarnation of Nimrod. You had better keep in mind that the two of this Nimrod and the “Great Architect of the Universe” in Freemasonry are the same person.
The legend says that Noah’s another child Ham is the person who brought about Satanism. Such person assumes the key post in the Great White Brotherhood.

Furthermore, European Master is Simon Magos who is said to be the father of all pagan teachings, while Venetian Master was a vicious Roman Emperor Nero.

Now you will understand why such information has not been released in literature. Some Masters who theosophy followers admire are the figures Orthodox Christians identify as devils.

The reality, however, is that all twelve Masters except for Maitreya are reptilians. The Lord of the World Sanat Kumara and Christ Maitreya never dreamed that they were surrounded by the center of evil, reptilians that they fight against. This never brings about justice to this world. Here is the cause why we have remained in extreme ignorance and confusion for the last 2000 years.
Posted by Shanti Phula at 1:56 AM