In the last post “System of Heavenly World 9” I let you know that there are 10-stage difference between humans and universes as shown below:

There are following sentences on page 188 in *“Visitor to Earth from 2nd Planet” (Japanese version; translated by Hachiro Kubota, published by Chuou Art Shuppan) written by George Adamski.

“Each planet travels about the sun along with many other planets with perfect timing and all planets make up so-called Solar System as a unit. As far as we have learned through space travels, one Solar System has 12 planets in any case. Additionally, 12 Solar Systems bind together around the core, which is equivalent to the sun to form an “island universe” as it is called by scientists on earth. And these 12 island universes form a bigger unit in the residence of a “father” who has many mansions. In conclusion, the universe has no limits.”

(Translator’s Note) *Original title: “Inside the Space Ship” by George AdamskiThis paragraph is translated from the Japanese version into English anew. 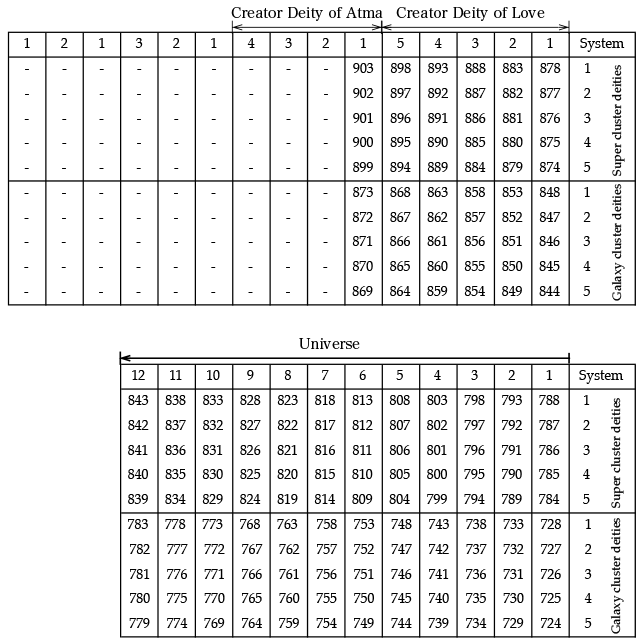 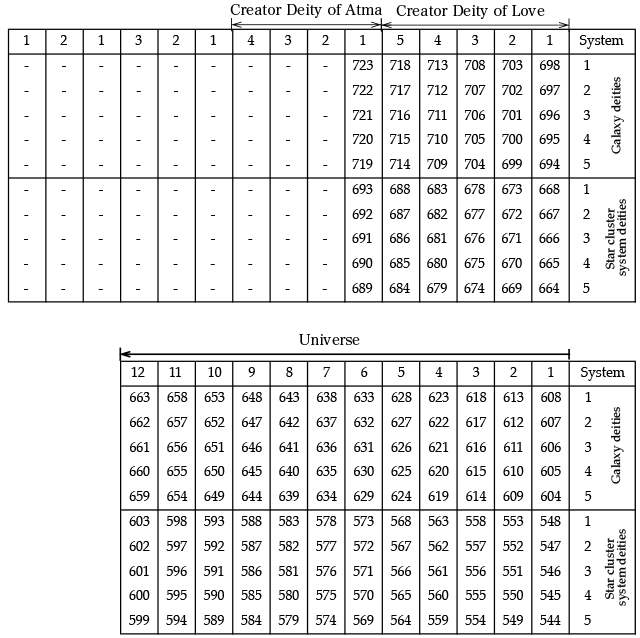 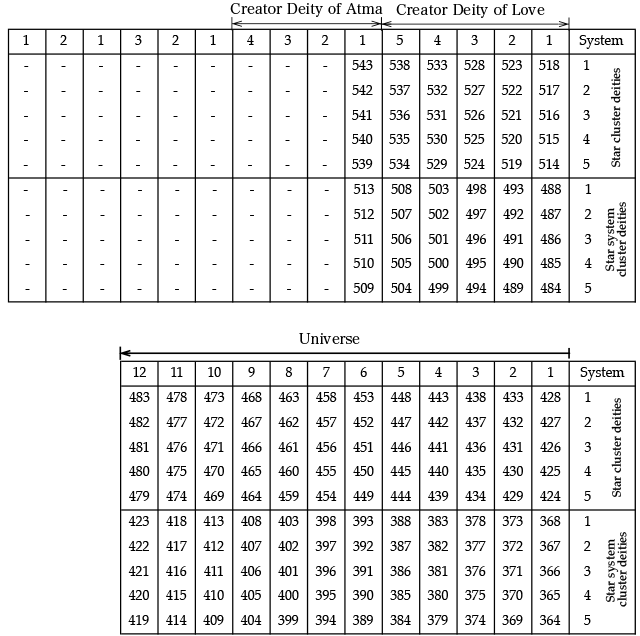 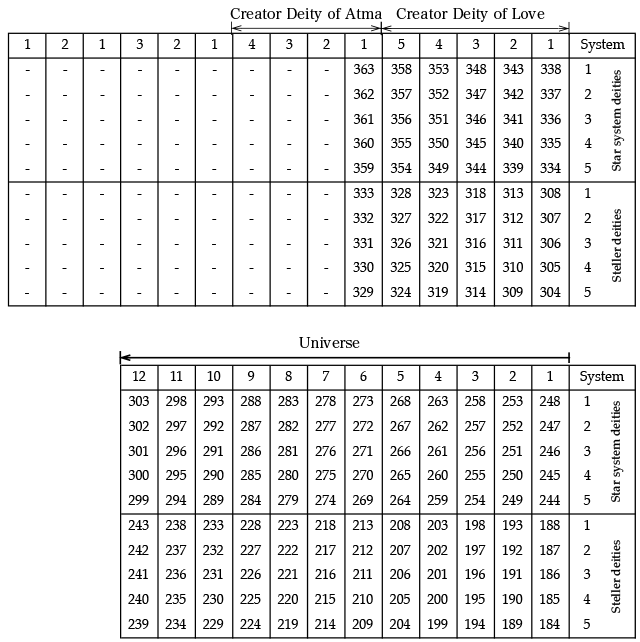 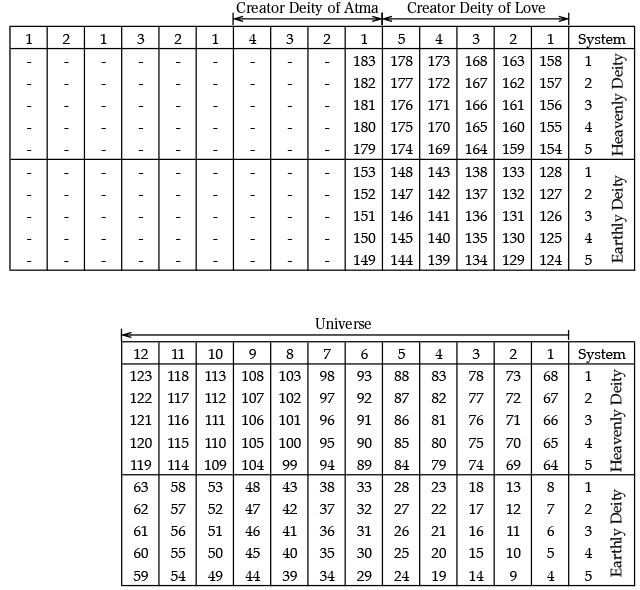