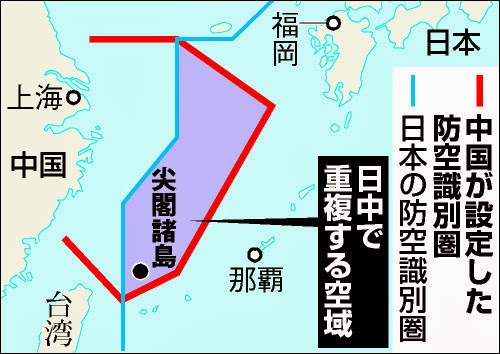 It is taken for granted that the media join a fierce war over the big news they have cherished on New Year’s holidays every year.

In other words, on New Year’s Day the Mainichi Shimbun reported an astonishing exclusive that the Ministry of Defense has known about the establishment of Air Defense Identification Zone (ADIZ) by China long before.

If it is true, it turns out that it was nothing more than a farce to make a great fuss over an issue of ADIZ, which was suddenly announced by China at the end of last year.

Additionally, the Tokyo Shimbun reported another exclusive on the front page on New Year’s Day as follows:

According to the newspaper, TEPCO has gained the profits by investment to overseas power producers, which is estimated at at least two hundred million yen in total. The company has accumulated the profits in Holland with tax exemption system for the purpose of tax evasion in Japan.

This is a clever tax evasion scheme.

Although the company has already received massive amount of public funding which comes from taxpayers’ precious money, TEPCO shamelessly tries to doge taxes.

On top of that, the Board of Audit has turned a blind eye to the illicit behavior of TEPCO, though it has recognized the company’s asset components by checking them.

This country is made of ficticiousness.

The state power and financial organization have plotted together to survive bankrupt TEPCO and placed a burden on the people. They feel no shame about their wrongdoing.

I have never seen such immorality.

The axle of this country has gone rotten.

Unless this big news by the Tokyo Shimbun leads to dealing a hard blow to the nuclear promotion policy of this country, something is wrong with this country.

The media would have no existential value unless they follow up the exclusive provided by the Tokyo Shimbun on behalf of the people and have the Abe administration plunge into big scandal.