Ascension to occur on Jan 1, 2014 - expansion of consciousness with natural evolution -, Channeling sources which tempt humanity into evil 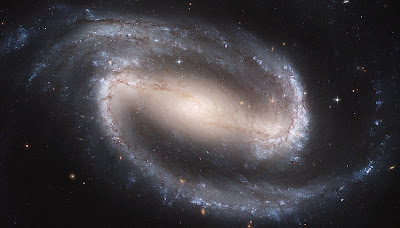 Channeling sources which confine humanity to the third dimension to inhibit human evolution and if circumstance allows, tempt humanity into evil
&
expansion of consciousness along with the natural evolution (ascension)


In yesterday’s article, I conveyed that many good aliens were surprised to learn that their leaders or Masters were actually reptilians and worked for the topmost devils, who are the enemy they fight against. This was revealed by the incident which occurred on May 17 this year. Such Masters (devils) have a lot of disciples, or aliens, who intentionally had a hand in doing evil. The two articles I have picked up today exemplify it. The alien who refers to himself as Mira is a Martian unrelated to the Pleiades. They blatantly tell a lie in this way. As written here, these aliens aim to cause expansion of chaos on earth by disturbing information. Although Earth is making natural evolution toward awakening of humanity, they do nothing but impede it intentionally. What they refer to as ascension is destruction of Earth and resulting death of humanity. If you connect with them and practice such meditation shown in the first article, you will be prevented from expansion of consciousness along with the natural evolution by infusion of negative energy on the time shown here.

It has been decided that at least 21 entities including Sananda and those in these article will be executed due to this crime on December 12 at 21:00 hours.
“MerKaBa” in the first article is the Mayavirupa (illusionary body). They can manipulate earth humanity only this level. In tomorrow’s execution, they will not only have their Mayavirupa completely vanish but also be executed as the result of this evil.

I’ll write here a fact. Nothing will occur on December 12. On December 24, light will be showered for one hour from noon and the Mayavirupa of humanity will be purified. This is a Christmas present and it also serves as a preparation for coming ascension. This light will be showered by Susanna described in the Books of Daniel Chapter 13. What is ascension? At present millions of earthling have reached an evolutionary level of 0.9 and the light showered on December 24 will simultaneously enable the level to rise to 1.0. In other words, humanity will reach an evolutional level of 1.0 by receiving this light. It means that humanity will ascend to the fourth dimension on consciousness level. Therefore, ascension is sometimes called dimensional lift, but there will be no changes in daily life on physical dimension.

This ascension will occur on January 1, 2014. The vibration of Earth or Hanatachibanano-himemiko-sama has been 4-4-4-4 since the typhoon damage in Philippines because she has got in tune with humanity. However, on January 1, 2014 at midnight, in other words, with the start of a new year, the vibration will rise to 7-7-7-7. Subsequently, Light will be showered for one hour from noon on January 1 (2014) and at 13:00 hours (1 p.m.) millions of people who have been well qualified to receive it will have their evolutionary level rise to 1.0. It means that their consciousness level will rise from the Ajna to Sahasrara on the body-surface in an hour. This light will be showered by Empress Elisabeth. Humans do not need to intentionally do anything when receiving either light on December 24 this year or January 1 next year because it will inevitably occur as natural evolution.

It is the evil, channeling sources, shown in these articles that confine humanity to the third dimension to inhibit human evolution and if circumstance allows, tempt humanity into evil. There are many people on earth who try to intentionally do evil, in other words, intentionally cooperate with the enemy of deities. They will tread the path to self-destruction while considering themselves as light workers. Most of such people were originally their peers before reincarnation.

On the date and hour I have mentioned, you can tell who tells the truth. It is no use regretting it at that time because their souls had been destroyed long time ago.

Archangel Gabriel … The 12:12 Portal-Activation of your MerKaba

Dear Ones, Through the Grace of the ever-living Divine Presence within you, a portal opens on December 12 offering a new initiation into Light. As the vibrational frequency of the 12:12 resonates, your Merkabic field is activated. The MerKaBa is a vehicle for your ascension as a Light Being in human form. The magnificent sacred geometry of the Star Tetrahedron will be activated around you by the codes at the 12:12 portal. This Star Tetrahedron will create a powerfully-shining starry shield of Light that holds the resonance of your Soul’s Divine Blueprint. The building of your MerKaBa will be completed on the Solstice, December 21, 2013. Throughout those 9 magical days, an increasing resonant frequency will be present in your energy systems. You will feel moments of Brightness and Clarity, as if your very cells are radiating Light, and this indeed will be the Truth. …………………………………………….

Your MerKaBa (Mer – Light, Ka – Spirit, Ba – Body) contains the new structure for your awakened consciousness. It allows your light body to empower your physical life so you can thrive as a fully blended Divine Human during this New World Awakening. Your Merkabic field holds the Divine Blueprint for your Soul’s Highest Destiny. As you create this new structure within the matrix of your being, you are opening new pathways for fulfillment of this destiny.
…………………………..
. Essentially, this is an empowered structure of interlocking tetrahedrons that anchors perfect balance as they meet at the Still-point between your solar plexus and heart. The Star Tetrahedron connects all aspects of your being in perfect Divine Union.

Activation of the Codes
In the moment of time demonstrated by the clock at 12:12 all over the planet, alignment begins within the human heart connecting to the Unity Consciousness as a state of being. …………………………………………………………….

When there is no resistance, you open to this Grace-filled presence and spark the Divinity in every cell of your being. You are encouraged to take 12 minutes at the 12:12 hour on the day of December 12 to bring conscious awareness to that powerful activity of Divine Light and allow it to work within you in a state of Oneness with All That Is.

Greetings, I am Mira from the Pleiadian High Council serving on the Earth Council.

I greet you with love. We are very close. We have expanded our mission according to circumstances on the Earth as well as around the Earth. I think you know what I mean. There is a lot that you are not being told right now. I cannot tell you much either for it is not my job. Soon you will begin to hear from others. Some of the communication will actually come from those who should have informed you in the first place. It is impossible to hide the truth now.

We want you to know that we love you and have your best interests in mind. It is good that we are focused on you and you can reciprocate by focusing on us too. Not only does it make our jobs more enjoyable because we feel welcomed but it lets us know that you ready to meet us.

We are busy coordinating and managing chaos to a large degree. We are working with massive teams and intelligence due to the hazardous conditions on your planet. We need humanity’s cooperation. We need you to be ready to make changes. The Earth is moving ahead with her plans for her ascension. The earth changes will continue regardless. The extreme weather conditions will also continue.

Please remember that life as you have known it will not be the same. This is what last year was about. As you rise in consciousness and prepare to meet higher consciousness beings you need to make many internal changes. It could be exciting for you and exactly what you have been waiting for. Can you feel that something substantial is on its way? Always trust your intuition, not what you hear from some outside sources.

You will be moving into a more natural state of being and doing. It is natural for you to know various things. You will be looking inwardly rather than having to rely on others like you have in the past. Your planet is spinning out of control and your time as you have known it is ceasing to exist. You will have little choice but to be in the present time.

We understand that it is challenging for you to be told some of this, yet is it necessary to bring new truth and understanding. This is for your highest good. You will be compensated with great love and Light, healing and a sense of wellbeing in spite of what is going on around you. Stay grounded and reach up to skies and heaven above you. Let the Light come to you to activate your cells and consciousness in the quantum field of energy that some of you are beginning to understand.

To further our mission and yours it is important that we learn to work together. We are your friends and family. We love you and have the utmost appreciation for you.
I am Mira from the Pleiadian High Council.