Article showing part of the reality of Satanism about which I have explained in video lectures on science of religion, and their satanic thought – Aleister Crowley: His Story, His Elite Ties and His Legacy 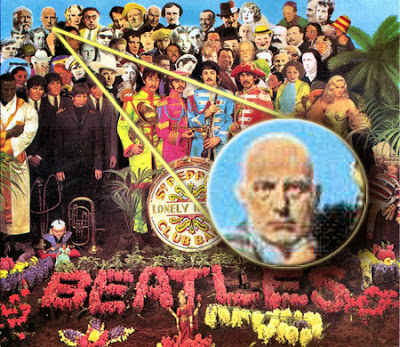 Article showing part of the reality of Satanism
about which I have explained in video lectures on science of religion, and their satanic thought


Aleister is usually used though the word Alister is used in this (Japanese) article. I think that this article makes you understand part of the reality of Satanism, about which I have explained in video lectures on science of religion. Such disgusting people are common in celebrities in the world. They are so abnormal that they seriously believe that they are unimaginably holy.

Their central idea – “There are no ‘standards of Rights.’ Ethics is balderdash” – shows their true nature. This idea basically leads to the perception of nothingness advocated by Mahayana, for peers established philosophy in the East and West respectively in accordance with their cultures.

Such people didn’t understand at all that Yama and Niyama (ethical rules of do’s and don’ts) are permanent laws prevailing throughout every corner of spiritual world beyond our world, which everything is based on. Criteria for right and wrong are definitely based on these two and do exist.

If laws that deities and humans established to their advantage as they wish are used in violation of Yama and Niyama, their karma is recorded. Evil people who egotistically had utilized the concept of nothingness or the Manusmriti (or “Laws of Manu”) actually carried a huge debt of karma and they were subsequently destroyed. They, however, never recognized to the last what they had committed a great offense. Evil deities and humans were fantasists who believed they surpassed the god or believed themselves to be deities. They believed that they were existence above the laws they established by themselves.

An evil man such as Aleister Crowley believed that he would become god using the techniques of sexual alchemy derived from St. John the Baptist and those elected would be raised up to a special world after death, where they would live for eternity as gods and be able to control humans. The root of such evil mind is the ambition including craving for showing off. It can be said that we live in such a world where so abnormal people have power in hand that they want. Proper people should wish them to perish. 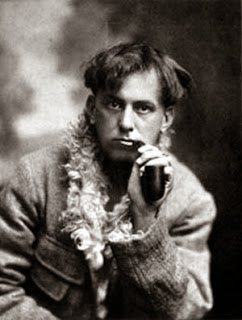 Although he is considered to be the most influential occultist of the 20th century and was recognized by the BBC as the 73rd “greatest Briton of all time”, most people have never heard of Aleister Crowley. The
Read more at

Because of Crowley’s sexual rituals, drug consumption and dabblings in Black Magick (he introduced the letter “k” at the end of “magic” to differentiate it from the entertainment kind) , Crowley was maligned and heavily criticized by the press during his lifetime. However, declassified documents have since revealed that the “Great Beast 666″ led a double life: Crowley apparently maintained ties with the British Government and worked with the British intelligence and high-ranking members of the American Government. The O.T.O.–the secret society he popularized–held within its ranks some of the most influential people of the time, who in turn used their power to further the advancement of its main philosophy: the Thelema.
His Youth

Crowley was born to a wealthy and religious family. --------------------
After losing his father to lung cancer at age 11, Crowley inherited the family fortune and went on studying English literature at Trinity College in Cambridge. It is during those academic years that Crowley began renouncing and even rebelling against his Christian background. He seriously questioned the Bible, partook in sexual activities with local girls and prostitutes and developed an acute interest in occultism. --------------------

Perhaps Crowley’s most significant experiences of his youth were his homosexual relations which, according to his later biographer Lawrence Sutin, led him to an “encounter with an immanent deity”. This triggered in him a great interest in occultism, secret societies and, more specifically, what he will later call Sex Magick.

In his late twenties, Crowley joined many esoteric groups where he was either admired and rose high in the ranks or despised and expelled. Inspired by Arthur E. Waite’s book, The Book of Black Magic and of Pacts, Crowley joined the Hermetic Order of the Golden Dawn–known as the “Great White Brotherhood” –in 1898. This secret society held within its membership elite and highly influential members of society. There he was introduced to ceremonial magic and the ritualistic usage of drugs.
In 1899, he reportedly became a member of the Old George Pickingil witch coven. However, he was not welcomed for long as a result of his irresponsible attitude and his inclinations toward homosexuality (which was shocking at that time, even to witches). The priestess of his coven later described him as “a dirty minded, evilly-disposed and vicious little monster!”

“The Book of Law”, the Thelema and the Aeon of Horus

In 1904, Crowley and his new wife Rose visited Egypt for their honeymoon. It is during this trip that he wrote his most famous book Liber Legis, The Book of the Law, which would become the cornerstone of his life.

Later during their stay in Egypt, Crowley and Rose took part in a magical ritual during which he alleges to have received a message from an entity named Aiwass. As a result of this communication, Crowley wrote the first three chapters of the Book of the Law – a mystical text which, he believed, would revolutionize the future of mankind.
“It announced the advent of a new eon in which Crowley has become the priest-prince of a new religion, the Age of Horus. He was to formulate a link between humanity and the “solar-spiritual force, during which the god Horus would preside for the next two thousand years over the evolution of consciousness on this planet. (…)
The message from Aiwaz, whom Crowley understood to be his own guardian angel, convinced him that his mission in life was to give the coup de grace to the Age of Osiris with its moribund appendage, the Christian faith, and build on the ruins a new religion based on the law of the Thelema – Greek for ‘will’.”
------ The new Aeon of Horus, based on the union of the male and female polarities, will involve the magical use of semen and ecstasy, culminating in an apotheosis of matter – “in the realization of the old Gnostic notion that matter is not dual but one with the Spirit” — symbolized by the androgynous Baphomet of the Templars and the Illuminati.”

----- the saying “Do What Thou Wilt” means “do what you want”,----------- Thelema is Greek for “The Will”. The main aim of this philosophy is the realization of one’s True Will, which is described as one’s “higher calling” or purpose in life, regardless of ethical or moral barriers.
“There are no “standards of Right”. Ethics is balderdash. Each Star must go on its own orbit. To hell with “moral principle”; there is no such thing.”

----- Crowley also published The Equinox – A Journal of Scientific Illuminism (a term borrowed from Adam Weishaupt’s Order of the Illuminati) where he divulged esoteric rituals and techniques. His later work entitled Book of Lies captured the attention of the head of the Ordo Templi Orienti (O.T.O) Theodor Reuss, who soon made him an initiate and Grand Master of the O.T.O. The reason given for such a recognition: his knowledge of sexual magic.

The O.T.O. and Sex Magick

The O.T.O’s magical and initiatory system has among its innermost reaches a set of teachings on sex magick.
“The order had rediscovered the great secret of the Knights Templar, the magic of sex, not only the key to ancient Egyptian and hermetic tradition, but to all the secrets of nature, all the symbolism of Freemasonry, and all systems of Religion.”
To set in motion the “occult forces which would result in the illumination of all by 2000 A.D.,” Crowley became convinced that his mission was to “cure the world from sexual repression”. To achieve his goal, he determined to study every detail of sexual behavior and bring every sexual impulse up to the region of rational consciousness. To this end he experimented with altered states of consciousness, including hashish, cocaine and opium.
Crowley would eventually introduce (not without protest) the practice of homosexual sex magick into the O.T.O. as one of the highest degrees of the Order for he believed it to be the most powerful formula. 12 It was clear that Crowley felt the accusations against the original Templars of practising sodomy and orgies with women had been based in fact, but not understood by their detractors.

The most significant work on the subject of Crowley’s spy career is Richard B. Spence’s Agent 666. Using documents gleaned from British, American, French and Italian archives, Secret Agent 666 sensationally reveals that Crowley played a major role in the sinking of the Lusitania, a plot to overthrow the government of Spain, the thwarting of Irish and Indian nationalist conspiracies, and the 1941 flight of Rudolf Hess.

“Aleister Crowley was an employee of the British Government … in this country on official business of which the British Consul, New York City has full cognizance”
Read more at

As head of the O.T.O in California, Crowley tutored many individuals who had a great impact on American Society. One of them is Jack Parsons.
Jack Parsons, was an American rocket propulsion researcher at the California Institute of Technology.

Behind closed doors, Parsons was deeply steeped in occultism and became a prominent member of the O.T.O., where he partook in rather extreme sex magick rituals:

“Among Parsons’ many sex partners was that of his own mother (their incestuous encounters were filmed). Both mother and son engaged in bestiality and both appear to have been among that species of psychotic who can function normally in public and achieve positions of authority over others.”

Parson later associated with an individual who would become hugely influential: L. Ron Hubbard, the man who would establish the Church of Scientology. Parsons took a great liking to Hubbard, who was then a U.S. Navy Captain, and initiated him to the secrets of the O.T.O.

Hubbard’s Church of Scientology is today an extremely influential and well-funded sect that boasts within its ranks more than 8 million members, including high-profile celebrities like Tom Cruise, Will Smith, John Travolta and Lisa Marie Presley.

Although Crowley died nearly penniless, fighting a heroin addiction, his legacy is nevertheless nothing less than colossal. Crowley’s impact on today’s popular culture is noticeable on many levels, whether it is through direct references to his persona or through Thelema-inspired works.
The most obvious examples of Crowley’s influence on popular culture are the references made by the rock stars who were enamored with his persona and philosophy such as the Beatles and Jimmy Page.